Fuel costs are rising, as are environmental concerns. Piston engine powered Aviation (and that's 90% of General Aviation aircraft) depends on Avgas (gasoline/petrol) which has a high lead content, and thus is increasingly likely to be phased out at some time in the near future.

The only viable alternative is the diesel engine which has gained public acceptance in recent years in the automotive world. Being fuel efficient, having low emissions they are an obvious choice when looking for an alternative to the Avgas-eating denizens from Lycoming or Continental, which have powered light aircraft for over half a Century.

But taking an automotive diesel engine and adapting it for aviation is not the optimum solution. Car engines have a very different "mission profile" to that of an aircraft. A car will spend long periods at idle, have bursts of acceleration, and then steady motorway cruising at about 50% max power.

An aircraft will spend little time at idle, 5 to 15 minutes at full power for takeoff and climb, and then sustained periods at a steady 75% of max power. Quite different to what will be demanded of it in a car.

Also the consequences of failure are different. If the electronics in your car detect a faulty sensor and put the engine into "safety mode" and you can limp home at a slow pace. But "safety mode" probably won't provide enough power to keep you airborne, so "safety mode" will just take you to the scene of the accident.

The Wilksch diesel engine avoids electronics. It is doggedly simple, yet fiendishly cunning. It is both turbocharged and supercharged, is two-stroke 3 cylinder, which makes it as smooth as a 6 cylinder 4-stroke. When mated to a Variable pitch propeller, it is the ideal combination of sophistication and simplicity.
Email ThisBlogThis!Share to TwitterShare to FacebookShare to Pinterest
Home
Subscribe to: Posts (Atom) 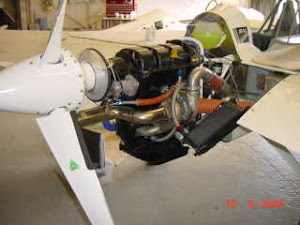 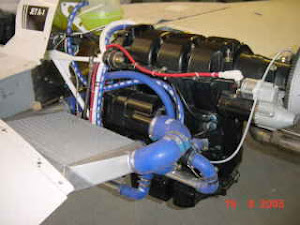